Over the last several years I have become very passionate about metrics.  Are they correct?  Do they drive the right behaviors?  Are they being looked at and used?  Not until recently did I spend some time reflecting on metric characteristics in areas that were using them successfully to drive improvement.  The two characteristics that I found were clear and relevant.  It sounds so simple and easy but I have seen so many failures in doing this.

First of all the metrics need to be relevant to the employees that are targeted to use them.  I have learned to ask the employees in an area I visit if the metric displayed mean anything to them.  A vast majority of the time the answer is ‘no’.  It used to be shocking at first but unfortunately now it isn’t.  This creates busy work for people maintaining the metric and adds waste to the system.  More importantly, it shows underlying disconnect between the people creating the metric (supplier) and the people using the metric (customer).  If the levels of management have a disconnect with the metrics, it is pretty safe to assume there are many more disconnects with in that supplier-customer relationship. 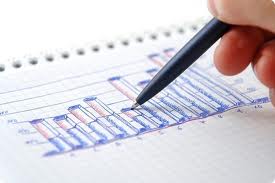 It isn’t only important that the metric is relevant to the people using it, it must also be clear.  It must be clearly understood, clearly connected to cascading up goals, and the goal must be clearly stated.  Too often, I see examples of metrics that are very unclear to the user.  An example might be having front line hourly employees using standard cost metrics.  It is very unclear what the front line employee can do to affect the standard costing.  This leads them to not drive improvement.  Another metric that I find very unclear is OEE (Overall Equipment Effectiveness).  This is one that is used by many companies to drive improvement.  I find it very unclear.  It is a product of three factors: yield’ uptime, and machine efficiency.

So, if OEE changes which one caused it to change?  Or worse yet, what if OEE stayed flat but it was because uptime increase and yield decreased?  Would anyone know?  The equipment is still performing the same according to the OEE.  In order to understand what is happening, you have to break apart the metric into the three components, so why add the over processing?  I have seen OEE misused so many times, but that is for another discussion.

When I have seen clear and relevant come together, I have seen greater improvements and greater buy-in.  One great example was an area manager where I work.  When asked if the current metric (packages completed) meant anything to the employees they said ‘no’ and ‘they don’t pay any attention to it’.  His uptime on a line was 2.6 hours / shift.  He wanted to get more packages per shift but that metric didn’t mean anything to the employees but uptime did.  The area manager connected number of packages completed in hours of uptime in order to make it relevant to the employees on the floor.  Then he took away all other metrics in the cell and asked them to hit 5.0 hrs of uptime per shift (he also gave them some problem solving help).  Within the first week the cell was hitting hours of uptime per shift.  Three months later he had to increase the goal to 6 hours per shift.  The area manager has been able to reduce the number of cells needed by 50% and eliminate the need for temporary employees in his area.  When an employee is asked what is their goal they clear state, “Six hours of uptime per shift.”  The connection between uptime and all the other management goals is clear as everything else has moved in the proper direction, cost, delivery, OEE, etc…..

So whenever you are looking at metrics, make sure they are clear and relevant and I will bet that once that connection is made you will be very successful.