Joe Wilson has worked in a variety of continuous improvement, problem solving and engineering roles in manufacturing and distribution functions  in the automotive, electronics, and food/grocery industries. He was responsible for site leadership of Lean implementation during the launch and ramp up of becoming a supplier to Toyota and was able to work directly with their personnel and the Toyota Supplier Support Center.   His training background includes courses in Lean/TPS through TSSC and the University of Kentucky’s Lean Systems program.  He is a Six Sigma Black Belt and a Shainin Red X Journeyman in addition to training in Kepner-Tregoe problem solving techniques.  Joe also has a BS degree in Engineering Management from the University of Missouri-Rolla.

Lean teachers have taught us things like “go see”, “ask why”, and “thoroughly understand what is happening at the gemba”.  Enough practice with these mindsets can teach you how to quickly and effectively evaluate current states and identify where our gaps may exist on the way to our ideal state.

If you are like me, you probably really enjoy touring other people’s operations or even watching shows like “Ultimate Factories” or “How It’s Made” on TV to see how other people do what they do.  You’ve also probably tried to copy an idea or two that you’ve seen doing one of those things.  I know I’ve tried several tips, tricks, or notions that I’ve picked up through these observations.  Some have been fantastic.  Some have been total, immediate failures.  And some others may not have worked right off the bat, but have triggered discussions that have led to some really great solutions.  Those types of activities aren’t really what I think of when I picture benchmarking.  I would put those in the same group as reading a book or taking a class and applying an idea from one of those.  Great places to get a seed to plant or to identify rough milestones, but you shouldn’t really be finding blueprints in them. 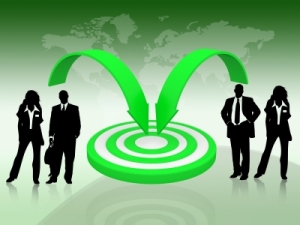 The danger in a benchmarking mindset from some circles comes from looking at similar processes or industry data and working in a “We should do it just like they do” mindset.  Don’t get me wrong, it is extremely valuable to have an understanding of where the competition is or where the bar is set at.  One of my favorite examples of this in lean lore is how, in the early days, Toyota believed that German manufacturing was 3 times as productive as Japanese manufacturing and the Americans were 3 times as productive as the Germans.  Toyota then determined they had to become 10 times better than they currently were to be better than the best manufacturers and compete on a global scale.  This scale wasn’t used as an excuse to copy American manufacturing, it was used as a line in the sand to set a goal.

Another mantra that I continually remind myself of comes from statistics/data analysis guru Dr. Donald Wheeler who says “No statistic has any meaning apart from the context for the original data.”  All of our observations or industry data studies or side by side comparisons of plants only work if we can phrase them in terms of the context.  If they lack context or we don’t understand the context well enough, we may not get any valuable information from which to build.  In the wrong hands, this can lead to a tremendous waste of time and resources to try to be like someone else.  I don’t think that’s why we do what we do as Lean thinkers.  Our greatest abilities as lean leaders don’t lie with our ability to recognize and copy someone else’s answers.  Our greatest strengths come from our ability to thoroughly understand our own states and solve our own problems.